Stanton Harcourt were the hosts this year. Although they were unfortunately unable to enter a team, Jane Eagle laid on a fabulous ringers’ tea for the competitors from 5 local towers. 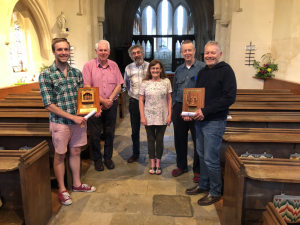