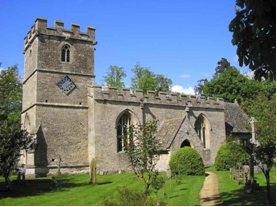 I am delighted to inform you that Martin Spurrier of South Leigh (nominated by Evadne Adrian-Vallance, also of South Leigh) was awarded “Highly Commended” in the “Westley award for church bell maintenance and improvement 2021”.

I feel it is particularly noteworthy as Martin is a non-ringer who brings a wealth of enthusiasm and experience to the role of Steeple Keeper at South Leigh. Indeed, as Alison Hodge, CCCBR Stewardship & Management Workgroup Leader says, “The most striking feature of the set of applications was that 3 of the 12 people nominated were NON-ringers. They had become involved often in the absence of others willing or able, and were exploiting their skills and expertise from professional and other interests, while building their knowledge of bell installations. Being non-ringers they were not members of their local ringing society. This may be because societies have rules that require potential members to have demonstrated specific ringing achievements such as ringing the bells for services, specific touches, or even a quarter peal. Perhaps societies should review their rules so that non-ringers who are contributing significantly in other ways, may be able to become members.”.

I personally feel strongly that non-ringing steeple/tower keepers should be welcomed into our Guild as it is only down to the selfless dedication of these folk that ringing members are able to indulge our hobby. I shall be raising this issue at the next ODG committee meeting as I feel it would be anachronistic to not update the ODG rules accordingly. If anybody else would like to support me in this proposal, it could be helpful to get an idea of numbers so please get in touch with me using the website contact form.