After the Romans left in AD 410 England reverted to paganism and the area from Burford to Lechlade became disputed territory between the Angles in Mercia, north of Burford, and the Saxons south of the Thames at Lechlade. The Saxons won the battle of Beorhford (a hill outside Burford) in AD 752 and the area became Saxon. Christianity was introduced from AD 600 by St Birinus, a bishop from Rome, who set up a minster in the previously Roman Christian centre at Dorchester on Thames.

All this preceded the Conquest in 1066.

For more on the history of the church, click here. 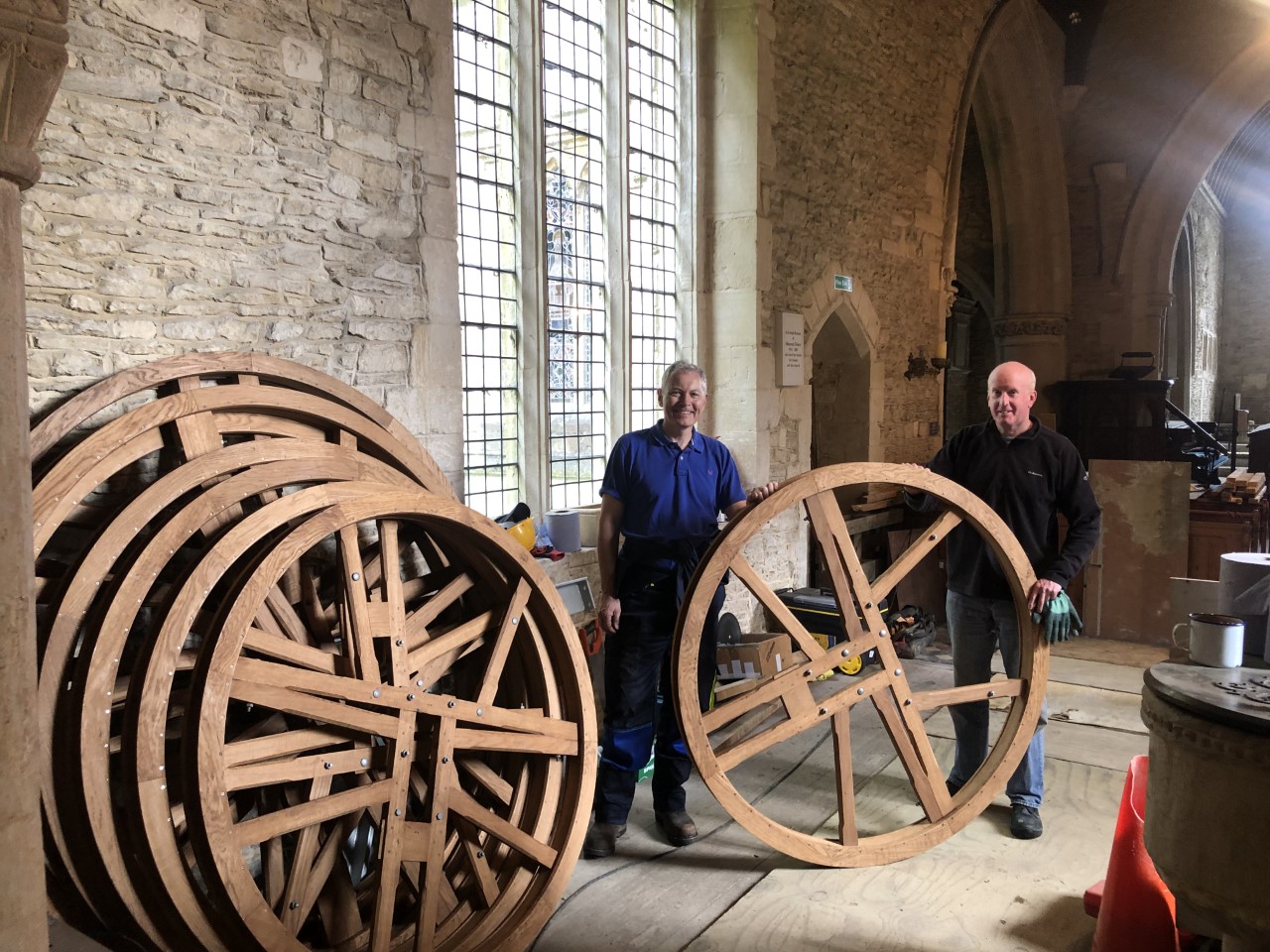 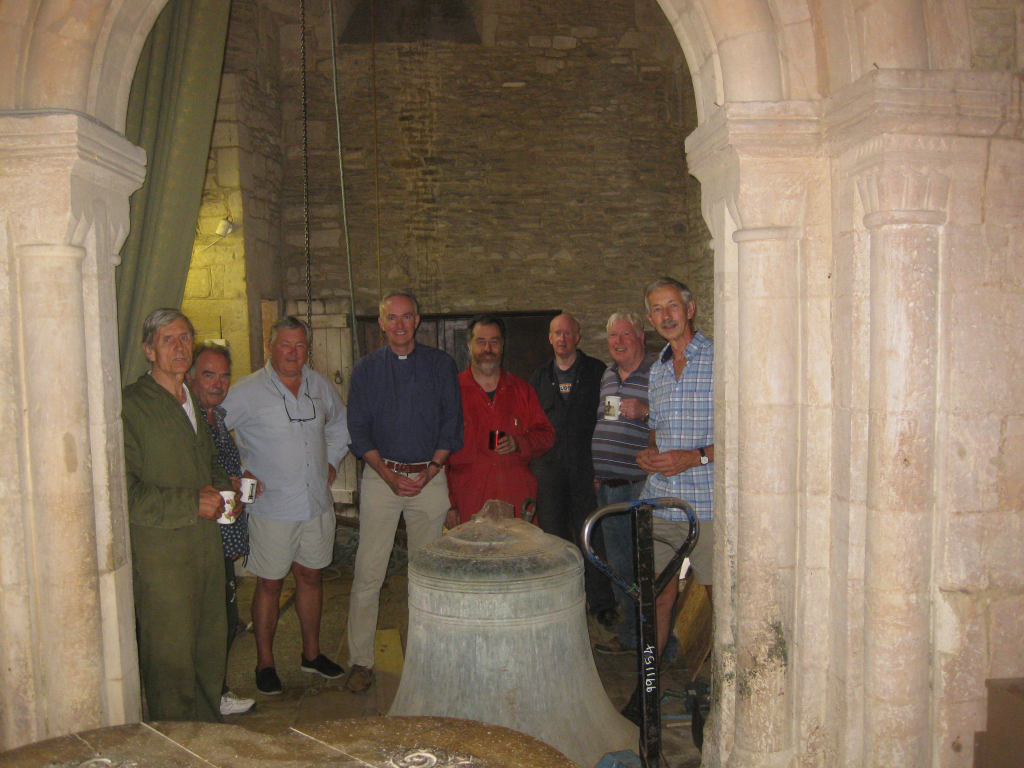 The old bells are removed 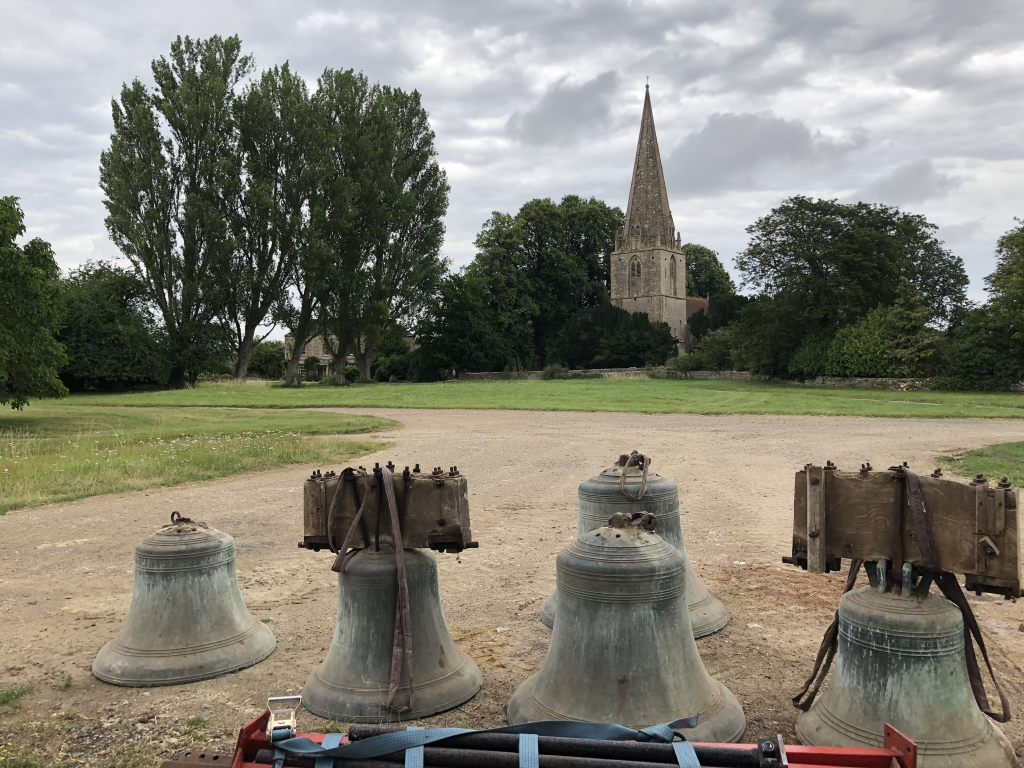 The original five bells removed prior to repair. 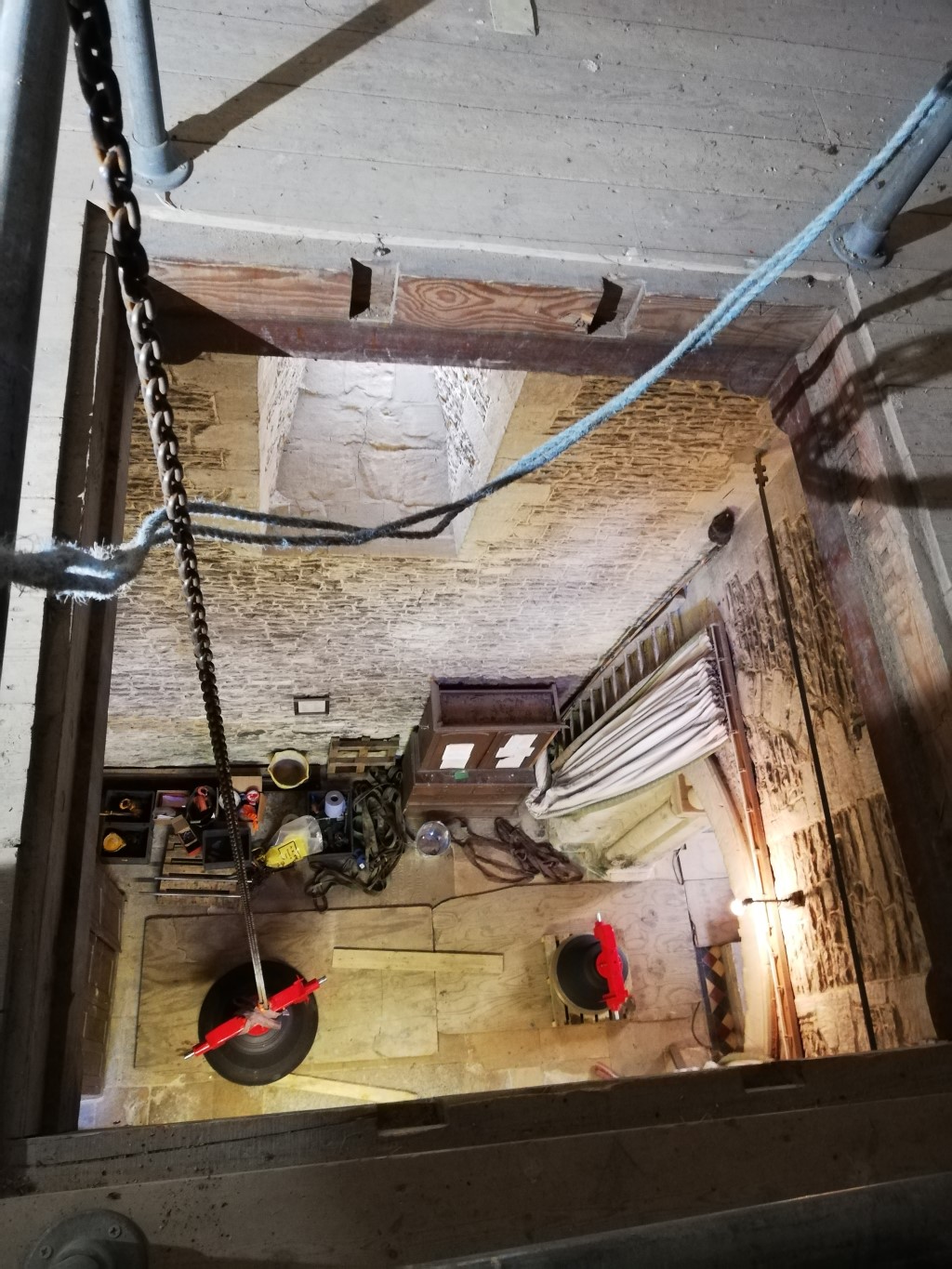 Winching up through the clock room trapdoor 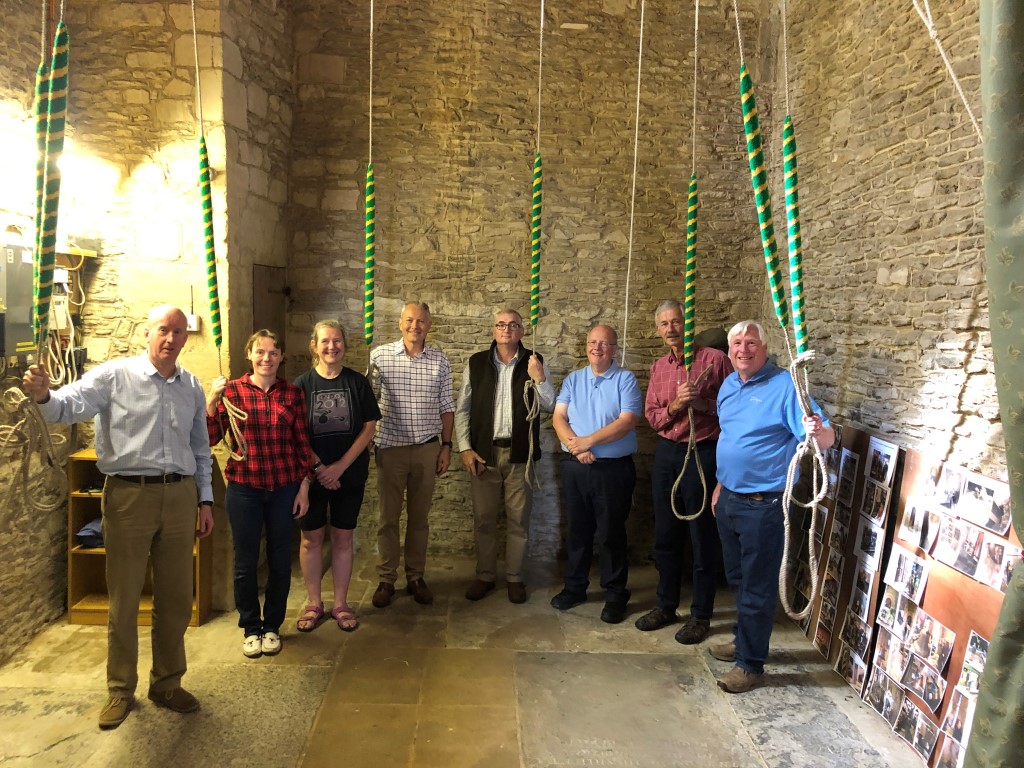