Witney is pleasantly situated in the valley of the River Windrush and now has a population of over 25,000. There is local evidence of Iron Age, Roman, Saxon, Norman and extensive medieval settlement. Witney was visited by the famous Norman King John and was, until recently, world famous for its blanket industry, dating from Norman times.

The church of St Mary the Virgin stands at the south end of a large well kept green that was given to the town by the Duke of Marlborough. The church is one of the most beautiful and interesting buildings in the diocese of Oxford. It is almost certain that a Saxon church stood on the site, succeeded by a Norman Church, of which the porch is one of the most prominent remains. Further additions have resulted in a mixture of styles, including Early English. Some of the stone carvings on the exterior of the church indicate the town’s long connection with the textile industry.

In 1943 the top of St Mary’s steeple was sheared off by a plane towing a glider. The glider got away, but sadly the four crewmen of the plane perished.

St Mary’s eight bells are housed in a cast iron frame in a tower and steeple which rises 156 feet from the ground. There were originally five bells but three have been added to complete the present ring of eight which date from 1660 to 1938.

In 1573 the church was in debt for casting the great bell and the third, and in 1590 the vast sum of £21 16s. 11d. was spent casting the second bell and making alterations to others.

Death-watch beetle invaded the old wooden frame, making it unsafe, and so a complete overhaul was undertaken to Taylor’s bell founders of Loughborough. The bells were re-hung in a new metal frame. Three bells were recast and the entire ring retuned. The masonry was also strengthened and all the work completed in 1938.

St Mary’s also has a fine carillon that strikes every three hours. Its original tunes are ‘Hanover’, ‘The Bluebells of Scotland’, ‘The Bailiff’s Daughter’, ‘The Last Rose of Summer’, and ‘Home Sweet Home’.

In October 1977 new ringing mats of royal blue were kindly donated in memory of a local lady and a local ringer.

The current tower captain is Andrew Goldthorpe. The tower has a small but dedicated band of ringers who practice on Tuesday evenings at 19:30 until 21:00. Sunday ringing is at 09:45. St Mary’s bells are popular with visiting ringers, who are made most welcome, along with all learners. We have a “Triples and Major” practice night on the 4th Tuesday of each month but all the practices are inclusive of all abilities.

‘May the church forever flourish 1761’

‘Prosperity to this parish and the trade there of

‘I to the church the living call and to the grave I summon all. 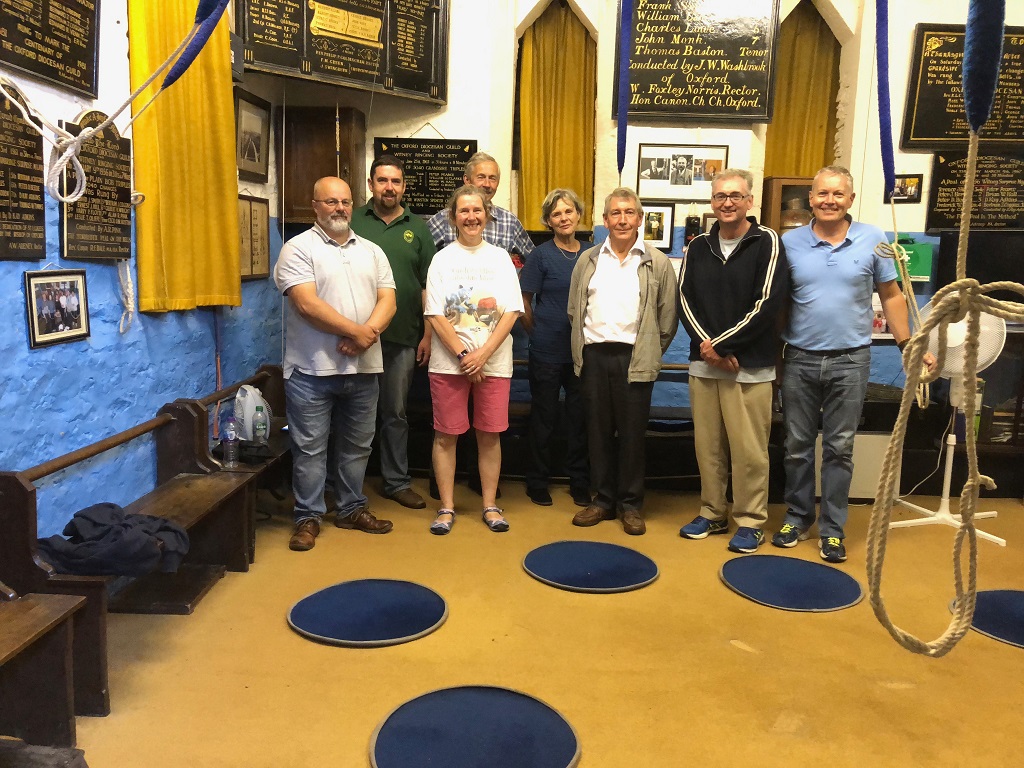 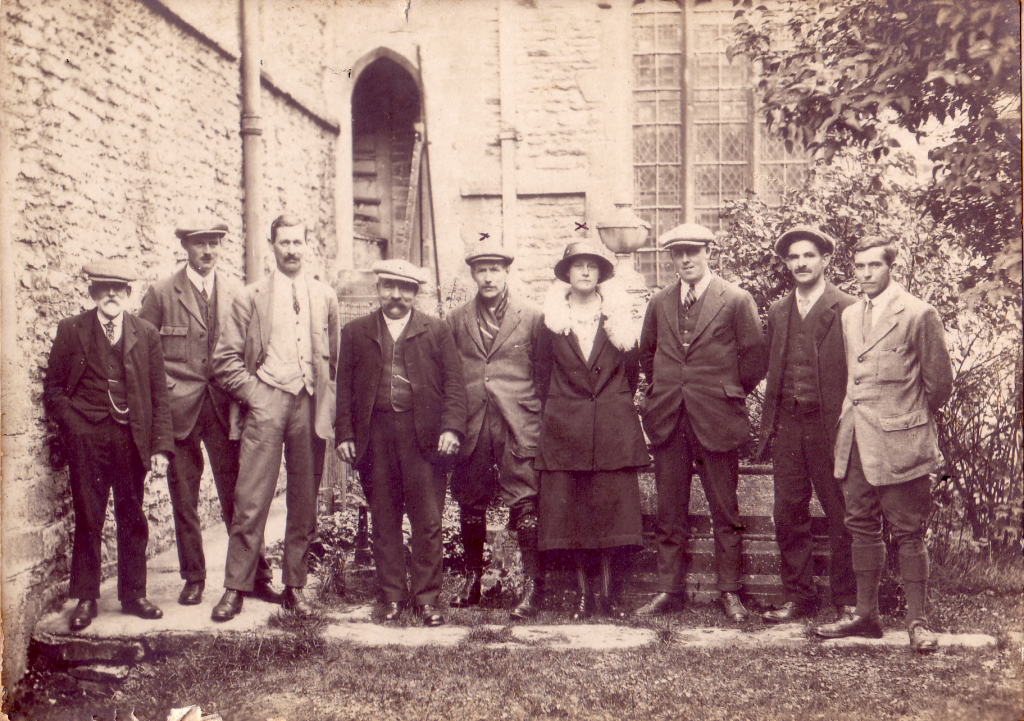 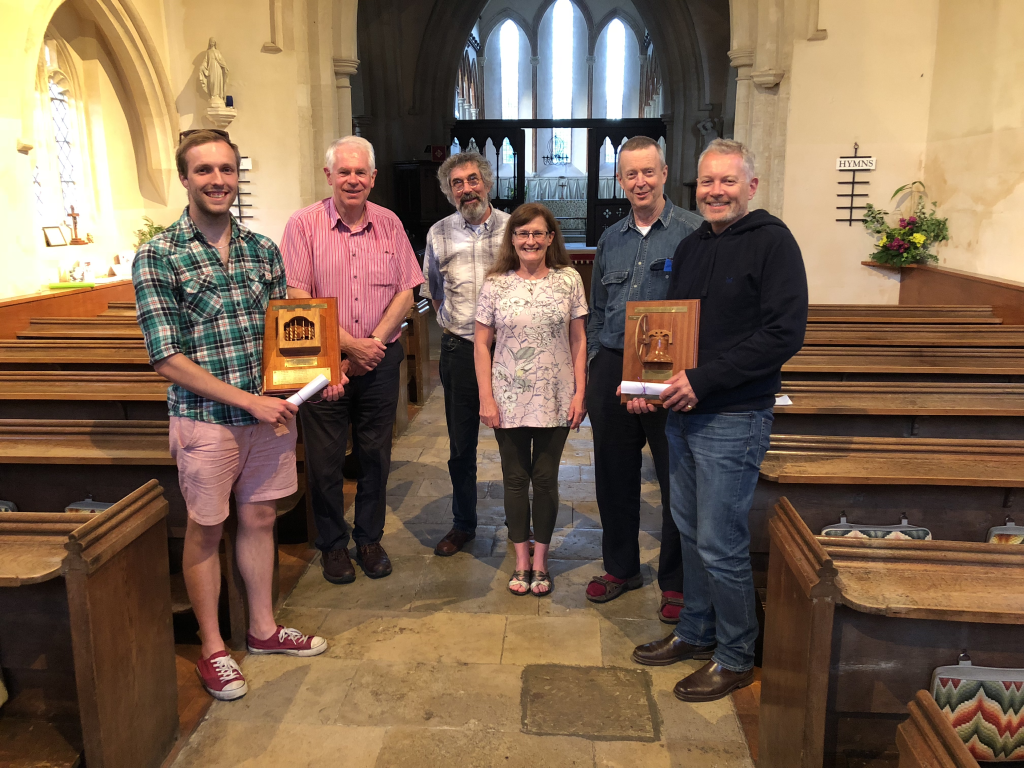 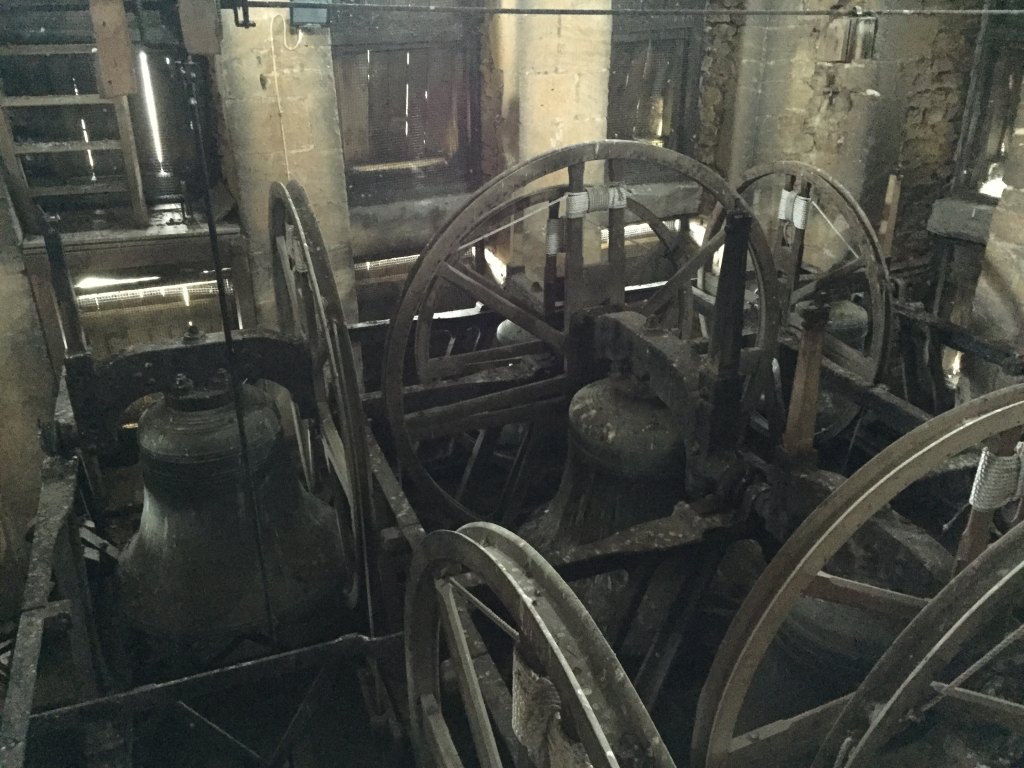 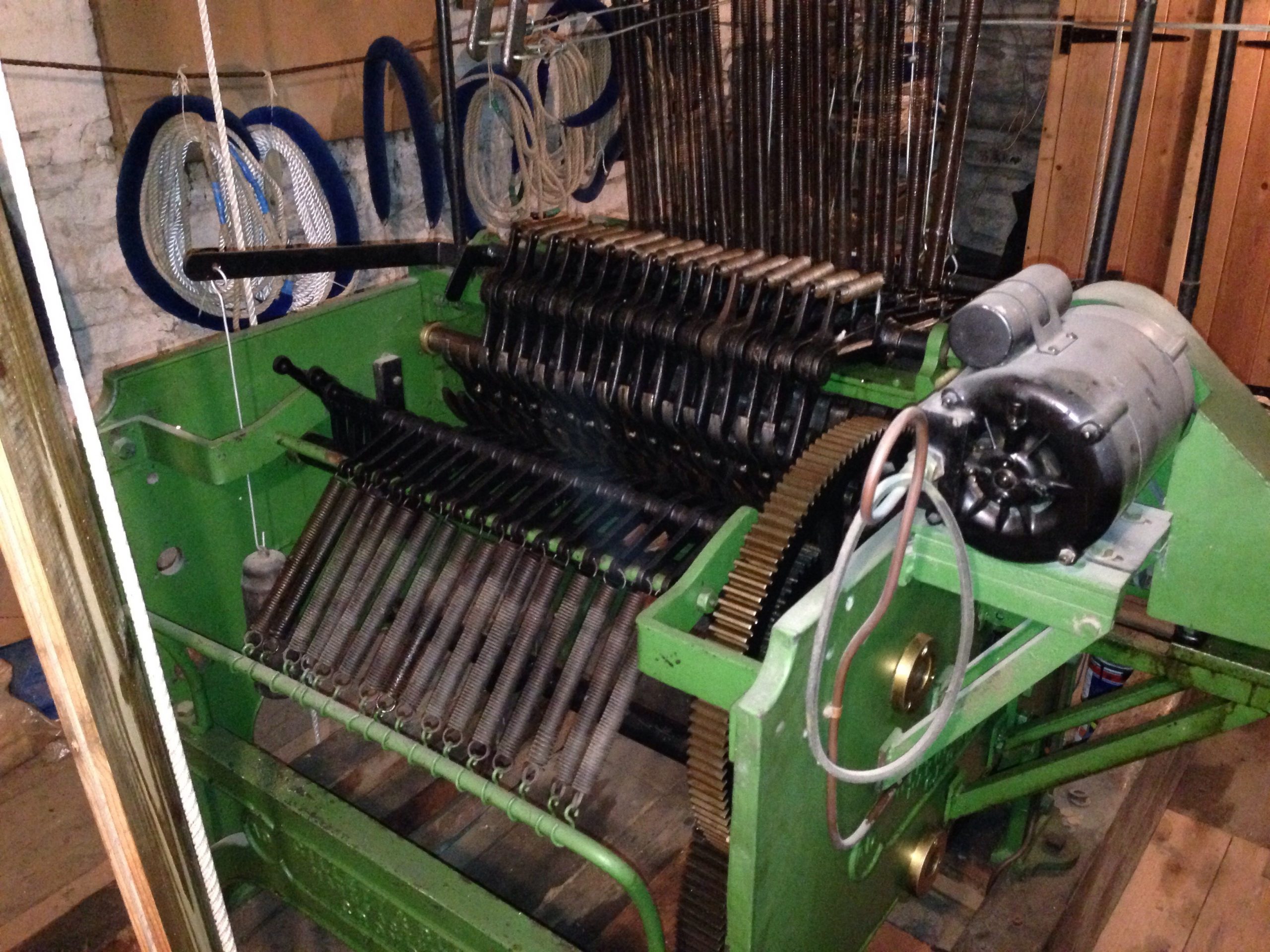 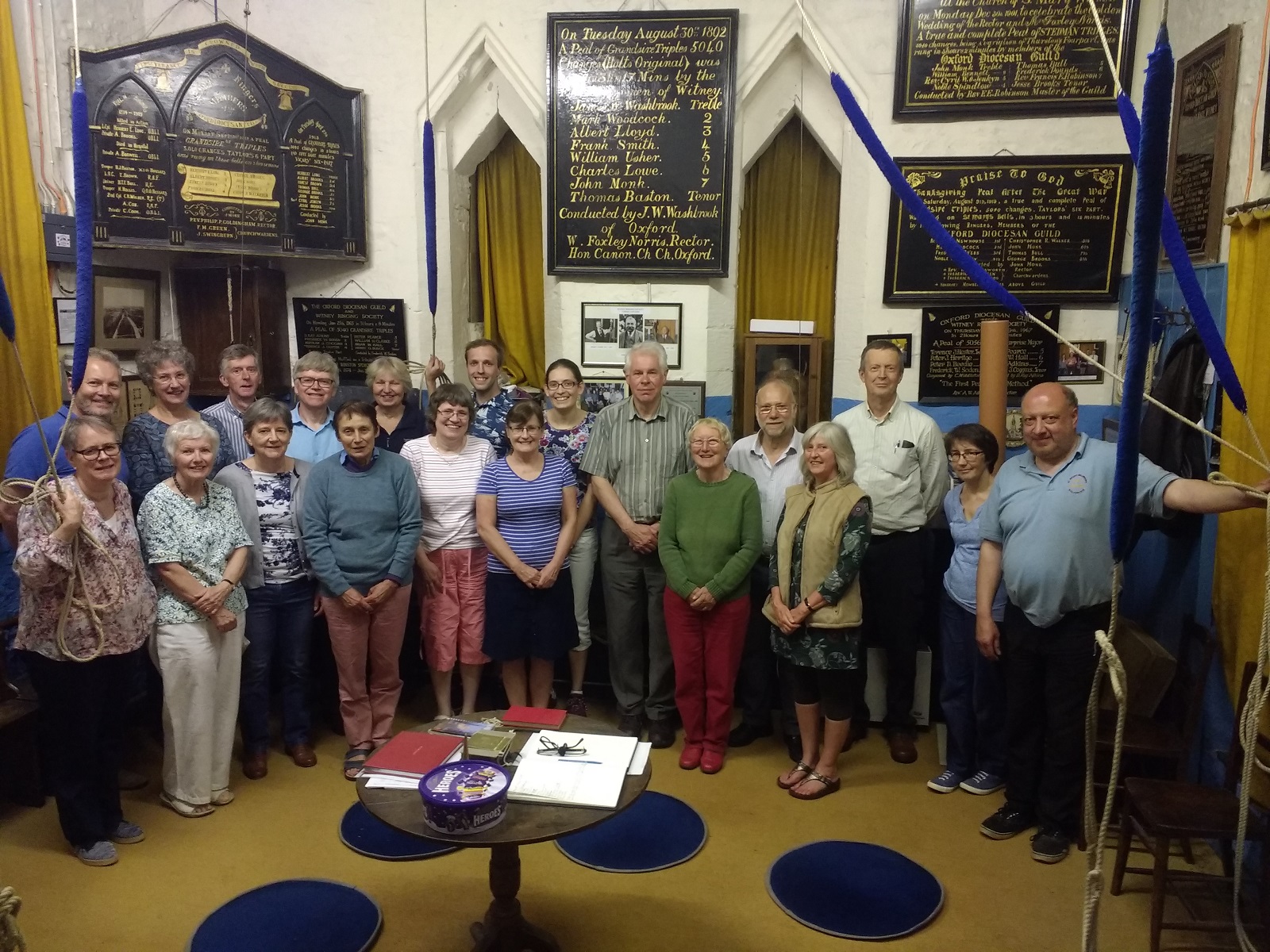 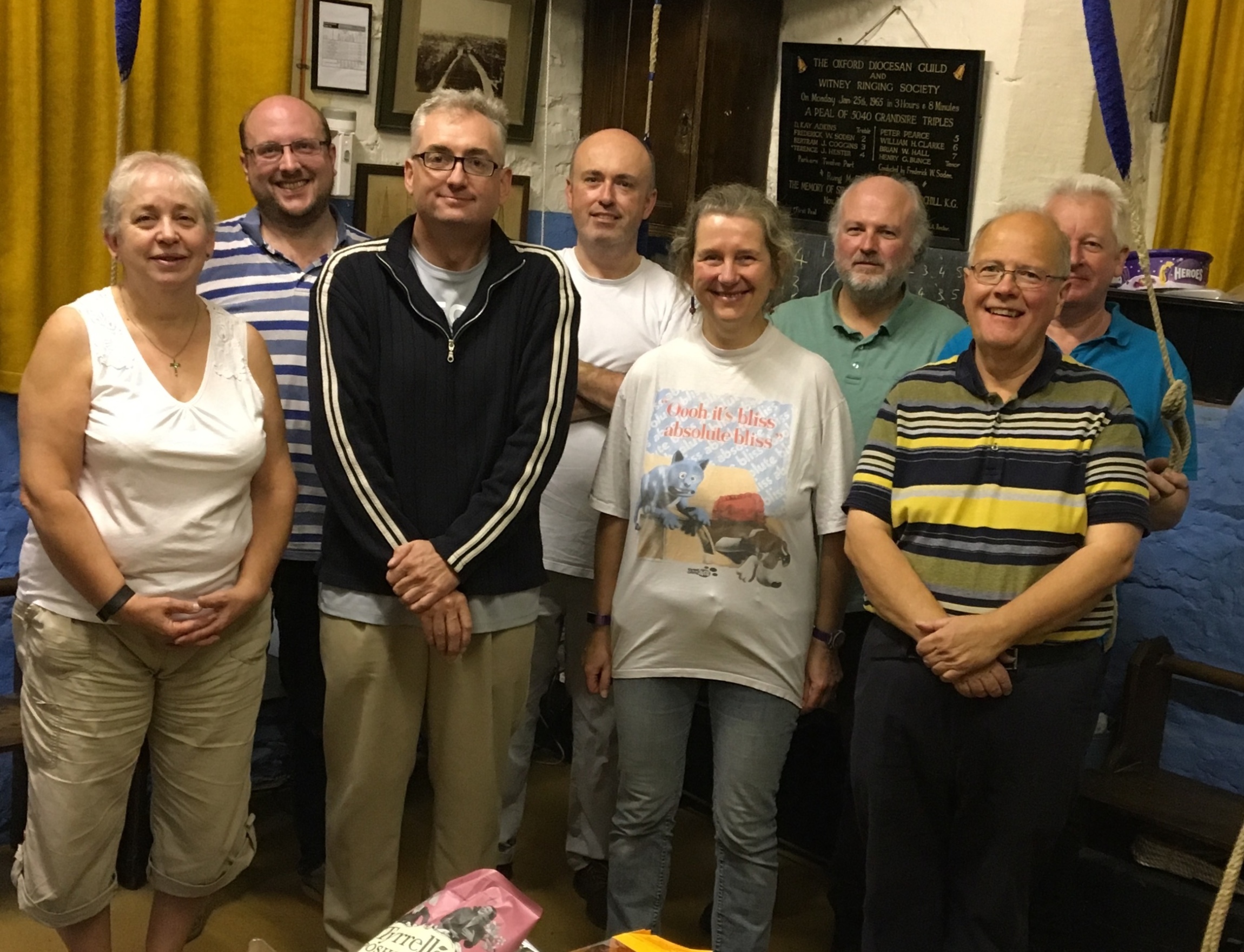